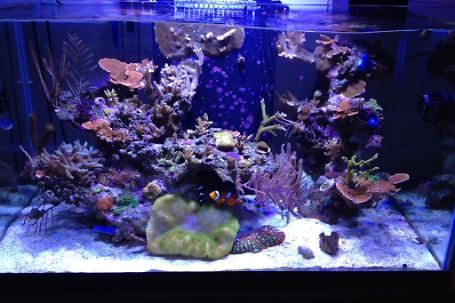 I have had a saltwater aquarium for 20 years and a reef aquarium for the last 10. My current aquarium is a mixed reef with an focus on SPS. 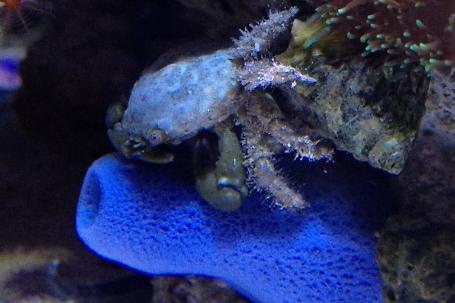 With my current tank I started from the ground up tanking what I have learned and building upon it. I spent months designing the stand so that everything would have its place and it would all fit under the stand. I wanted the tank to be as little work as possible.

The tank
One thing I knew I did not want to deal with was another acrylic tank, mostly do to the pain it is to clean and the small opening at the top. I liked the clean lines of rimless tanks so that is what I went with.

The sump
I made the sump out of an old 20 gallon aquarium with overflow filter socks so the would be easy to change. 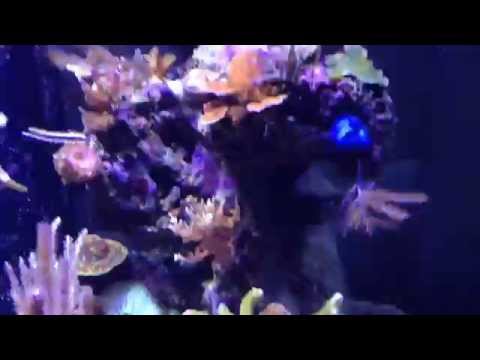 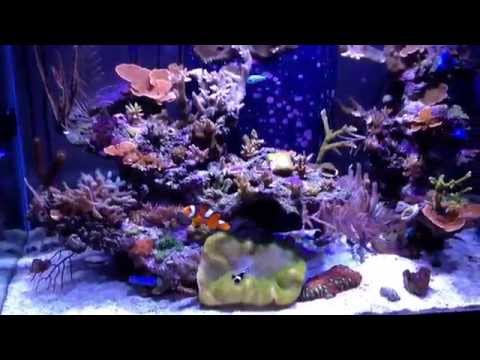 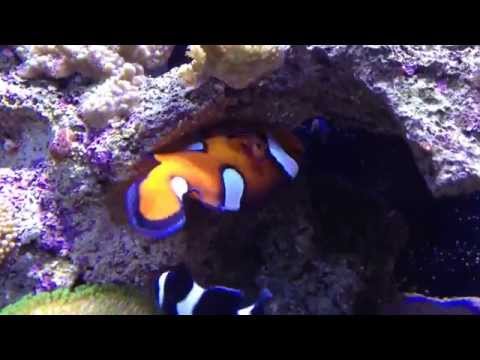 I have been messing with my light profile some, here is my current one.

On average you perform a 9.9% water change every 26 days.