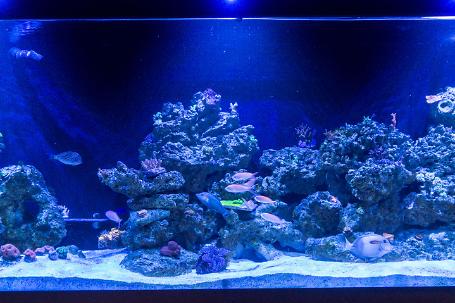 I guess I will need to get the camera out and get some good shots.
We had planned on moving the 265 across the house the whole time. Unfortunately we went through a huge crash that made things go a little easier and faster. After loosing everything we decided to start over. Plumbing was ran under the floor for water changes, dosing, plumbing in a second display tank etc.
I also started over from the old wooden stand and went with a steel stand that I designed and built myself, I had the stand design ran through a CAD program from an engineer and the stand is built to a safety factor of 3. Which means it should hold up to 36000 pounds. The steel stand is constructed from 2x2 steel tubing.
getting a sump in the dimensions I really wanted that would allow for an enclosed control panel and also space to run a phosphate reactor and calcium reactor just wasn't happening. So I decided to build my own custom sump.
The biggest change made to the tank is we took out the two corner over flows that make it a known Marineland tank and drilled in a Reef Savvy Ghost overflow. The overflow takes up virtually no room behind the tank, its amazing. Since the tank is being mounted semi corner, semi peninsula style, we wanted an unobstructed view from the side of the tank, thus the corner overflows just had to go. This also freed up so much more room for rock work and just gave us a much cleaner look overall.
In place of the previous overflows I left 1 stand pipe and hid it in the rock work with a grate over the pipe. This will act as a water change drain (which was also plumbed through the floor). I did the calculations and the stand pipe sits at the correct height to drain 35 gallons of water and no more. So if I leave the gate valve open and walk away there is no way it can drain anymore then the pre-made 35 gallons of salt water that is always on hand. Shut down the pumps, open the gate valve, wait till its finished draining, close the gate valve. Turn on the pump in the water storage container(Brute garbage can) And the new salt water runs under the floor and into the sump, through the filter socks and up into the display tank via the Deep Blue DC12 return pump.
Eventually (soon hopefully) the stand will be covered in a nice wood fascia with some nice cabinet doors and a canopy will be going over the top of the tank to make it look build in. The panels will be held onto the stand with 35lb magnets.
I think that covers everything that I can think of. If you have any questions. Feel free to ask. 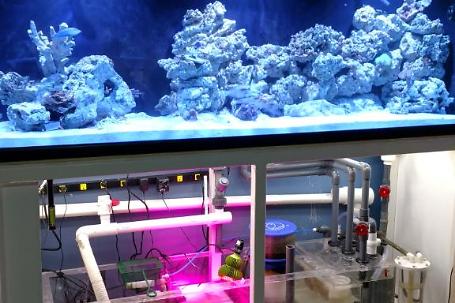 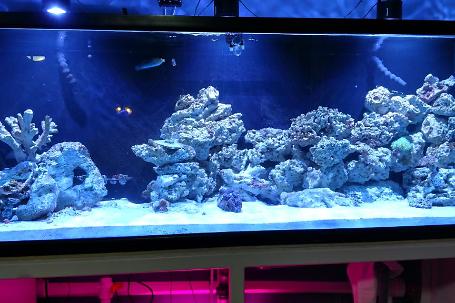 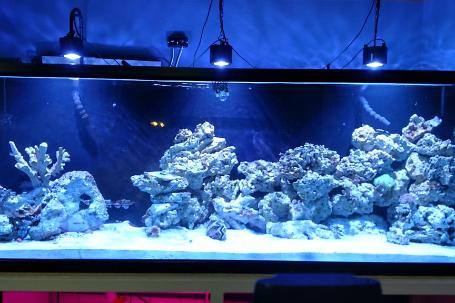 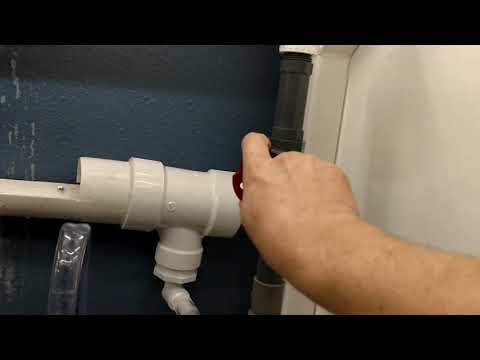 On average you perform a 15.1% water change every 7 days.