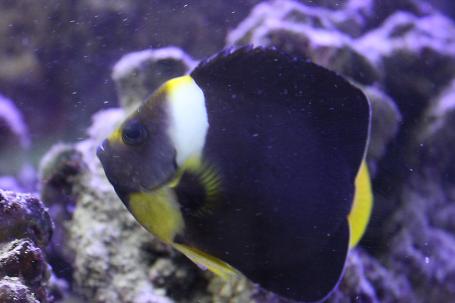 This is a fish only tank with all the fish species I love the most.

The main idea was Angels, Angels, Angels and... Angels.
I placed 7 angels on this tank, 2 Pomacanthus, 4 Chaetodontoplus, 1 centropyge.
All angels were introduced at the same time. Adults are between 11 and 18cm, juveniles between 5 and 7cm.
On top of this, I added a few other fishes : redtail butterfly, harlequin tusk, sailfin snapper, bodanius sepiacaudus, echidna nebulosa, echidna polyzona, pseudechidna brummeri.

All those fishes eat A LOT. So filtration had to be HUGE.
The whole system overflow into a second tank, 180L, with 20cm DSB and the rest filled with live rock.
This thank then overflow into a third tank, 120L, with all the electrical equipment.

To keep the water clean, flow into the main tank has to be very strong, there is one gyre on the right side and multiples tunze around the tank.
The turn over is around 7-8times the display tank volume.
The main filtration equipment is the oversized Deltec skimmer.
Depending on the ORP level, O3 is switched on and off and injected into the skimmer.
Water is sterilisation with UV-C 2weeks/month.

The whole system is controlled by an Apex and a few webcam :-) 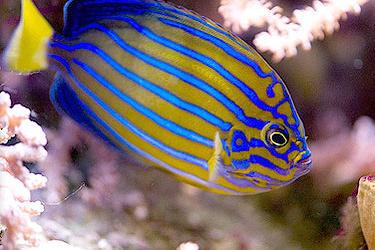 RedSea NO3-PO4X is the only additive I use on a regular basis.

I was used to dose lot's of other things, Mg, Ca, I, Fe, Amino, Sr when I had corals, but angels being angels... They quickly get me rid of the few corals I had in the thank :-)
As I love my fishes way more than the corals, I didn't care.
In fact, I'm wondering if it didn't help in the acclimation process by providing another food source.
With the corals gone, water chemistry became way more simple.
I don't add Mg, Ca, Sr any longer.

When I do water changes, I add a few drops of I, Fe, Sr, Amino, multiples bacteria and that's it.

It also drastically reduced the bill by not using all the "coral related additives". 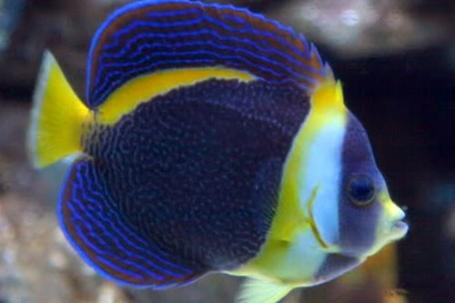 Except C. mesoleucus which is still reluctant to eat something else than filamentous algae, all fishes are perfectly acclimated and eat a wide variety of food.

It wasn't the case initially, when first introduced only P. navarchus and P. xanthometopon were eating.
Those two were at the fish shop for a long while and were used to eat frozen food, flakes and nori.
During the first 2 weeks, other angels refused to eat. And then one by one there took example fo P. navarchus and start to eat the exact same menu.

They eat around _10_ frozen cubes a day, with 2-3 mussels, 1 complete nori sheet and some flakes.
They are feed 4 to 5 time a day, each meal being different.

During the morning, they are feed with small prey and later in the evening with bigger prey.

The reason is moray usually start to show up around 8pm, but not in the morning.
Those lazy ladies are sleeping the whole day long.
By giving bigger food item later during the day, it matches the moray cycle and then reduce the time during which food item are left unconsumed into the water.
Moray will consume everything left behind by the other fishes.
From time to time, when a moray swims in the open, it means they are hungry. At this point, I usually offer them a fresh anchovies. One anchovies is enough for a moray for at least 1-2 days. Otherwise they just deal with what angels didn't eat :) 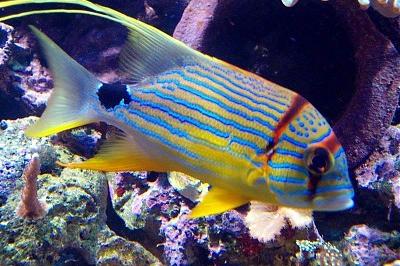 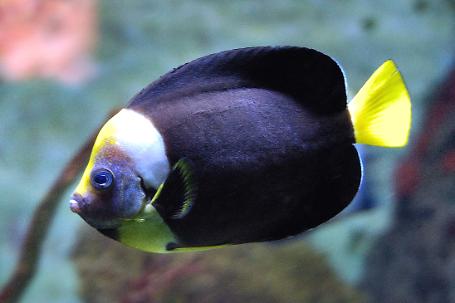